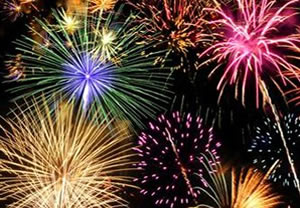 New Year on Aruba still falls under its grand Christmas season, which lasts until the sixth of January. Aruba New Year Eve 2012/2013 is both intimate and explosive (pun intended). While there aren’t as many special celebrations as in other places, we guarantee that greeting the New Year in Aruba is still the kind of experience you wouldn’t want to miss.

The first (and foremost) thing to do to celebrate New Year is to participate in Dande festivals. The Dande is a music style indigenous to Aruba. It involves a group of musicians visiting houses and playing songs of luck and prosperity dedicated to the household. A hat is passed around and members of the family put money in it for good luck. The musicians they play a couple more songs to say thanks. This tradition was started by the freed slaves, who visited the households after midnight. The Dande tradition had a renaissance recently when some Arubans banded together to preserve it. Dande festivals are held every year so that the next generation of Arubans may pass it on.

As of this writing, only a few hotels, restaurants, and clubs in Aruba have posted details of their New Year’s Eve celebrations online. Thus, we apologize for the lack of specific details. However, you can rest assured that most (if not all) these places will definitely have something for Aruba New Year Eve 2012/2013. We expect to hear more from them soon, and we’ll keep you posted. For the meantime, sit back, relax, and enjoy Aruba’s triple threat Christmas holidays.