The Wonders Of Aruba Carnival 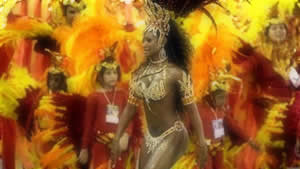 While any time of year is great in Aruba, the season of the Aruba Carnival is the fastest paced and most activity packed of all. Aruba enjoys the distinction of having the highest return rate of any destination resort area in the world, with over 50% of its visitors coming back for more. The pre-Lenten festival of music, dance, and outlandish pageantry draws many of these repeat tourists, who love the spectacle that goes morning and night for weeks.

The Carnival has the usual parades, with floats, queens elected in various age categories, brass bands, and organizations trying to outdo everyone else. All of these elements are raised to the pinnacle of extravagant and superbly crafted display. But the Carnival on this Caribbean island is distinguished by its emphasis on music.

The cultures of many nations have contributed to the unique flavor of Aruba, which has its historic roots in Polynesian sailors and various Indian tribes overlaid with its Dutch colonial status in the past. Residents now include those whose ancestors come from at least 79 countries, with the predominant influence being Latin and the typical island music of calypso.

Calypso music is a lively, melodic way to comment on life and love, and the annual contests let artists strive to write the catchiest tunes and the most relevant social commentary of the year. Drummers compete in Tumba contests, to see which arrangement and group of players will be judged the best. Above all, the uniquely Aruban road marches, combinations of dance and music that keep the parades going hour after hour, are judged each year as well. Every street, every plaza, and every party celebrates this musical heritage all over town.

Of course, the parades are the highlights, giving everyone on the island a chance to contribute to the extravagant costumes which tower over their wearers, unless they cling as closely as skin made of sequins, feather, and glitter. For the Lighting Parade, these sumptuous creations are covered with tiny lights to glitter as brightly by night as they will by day in other parades.

The costumes are sometimes enough in themselves, coupled with the beauty of the wearer, but also may go along with massive, rolling music machines and spectacular floats. Children, dancers, and balloons offer more excuses to have another parade, for which the islanders spend month getting ready. Costumes and floats are judged and prizes and fame are the reward for winning.

The island is perfect for night activities and day long ones, too, as the weather is so consistently temperate and dry. The Trade Winds blow to keep spectators comfortable all day in the sun, and are warm sea breezes for the 'jump ups' - spontaneous neighborhood parties that break forth out of sheer mass exuberance - that happen every night all over the cities and towns.

The Grand Parade through most of capital city Oranjestad, on the last Sunday before Lent, signals the beginning of the end, and is the biggest extravaganza of them all. After this huge, city wide parade, the frenzy continues until Shrove Tuesday, when the annual effigy of King Momo is burned at midnight. No one seems to lack the energy to party right up to the last glowing ember.

Aruba Carnival is as fantastic as any other event on earth. The fact that the people of Aruba enjoy it as much as the visitors gives it the additional luster of a true community celebration.