A Home Away from Home 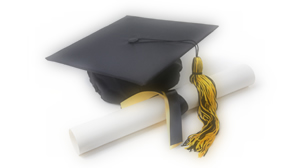 Over the last several decades there have been some big changes afoot in the small island nation of Aruba. With the emergence of an array of high education opportunities, a new segment has been introduced to the full time population of Aruba. Native Arubans who would typically have needed to move off of the island to attend college now have options that allow them to stay local. Foreigners wishing to combine their college experience with a paradise location are flocking to Aruba. This has all lead to a new sector of real estate, student housing in Aruba.

When the first institution for higher learning in Aruba opened its doors, there was little change to the real estate market in general. The University of Aruba was a small school, offering only a law program. Students that chose to attend this university most often remained in their childhood homes, continuing their schooling experience in the same setting that they had always been in. As more degree programs were introduced however, there started to be a demand for student housing in Aruba. Students began coming to Aruba for an education rather than just a vacation.

In the beginning, student housing in Aruba was nothing more than typical apartments and rooms for rent in private homes. The demand was still relatively small and the supply of housing was consistent with that. As time went on though, some of these housing options became too expensive for a full time student. In the early 2000’s, 2 medical schools opened in Aruba. With them, these universities brought with them a much higher demand for affordable housing. Medical students have a very rigorous course of study and are not in a position to work full time in addition to their studies, so cost is a major factor.

Today there are a number of apartment buildings that offer student housing in Aruba. Although not technically “on campus”, these apartments are sufficiently close enough and offer reasonable accommodations at a much more affordable price. Each of the universities have established housing contacts for students that are coming in from other countries, to assist them in finding a suitable home for their college years. While it is not likely that any of the universities will be adding dormitories in the immediate future it would not be surprising to find out that the demand for on campus housing will grow to the point that it would become a major consideration.