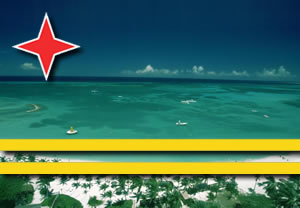 Aruba may now only be a place you are hearing about recently due to the tourism boom, but it’s history and culture goes back a lot further than that. The first inhabitants of Aruba were actually the Arawak tribesman of the Caquetios Indians, who have escaped from Venezuela to escape the vicious attacks of the Caribs. They chose Aruba due to the distance between it and the other islands, as well as the strong currants around the island. Back then, only sea travel was possible and it made getting there almost impossible for invaders to attack.

In 1499, the Spaniard Alonso de Ojeda set foot on Aruba, becoming the first man from Europe to stand on Aruban soil. The Spaniards set up small colonies on the island, of limited size, and were surprised to find the lack of a plantation scheme among the Caquetios, and eventually enslaved them in the mines in Hispaniola.

Eventually, the Netherlands actually became the rulers of Aruba, and remained under Dutch control from 1636 to nearly 200 years later. The capital of the island was formed during this period, Oranjestad. The country became briefly part of the British Empire, for intermittent periods between 1799 and 1816, before the Dutch regained control via negotiation, for a change.

The Gold Rush of the early 1900s sent the island into a financial frenzy, with oil shipment facilities being made in 1924, and an oil refinery four years later. However, the real financial freedom of Aruba came when it boomed as a tourist attraction, and when the refineries closed in 1985, it became the main source of income of the entire island. The unemployment figures of the island are tiny, too, as they are more than happy for others to come and see the land they own and to enjoy themselves in Aruba, so most are employed in tourism.

Aruba is made up of a mix of races, from South Americans, Caribbeans, Europeans and Far Eastern people all mixing together in Aruba, add that to the culture of tourism and you have a very unique and developed mix of different nationalities and personalities living together in harmony on Aruba.