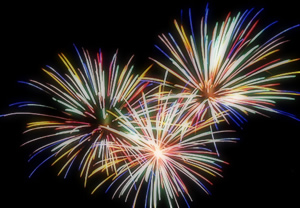 Probably one of the most important holidays in the calendar is the 4th July. It is a fantastic time to have a little party, and of course, see those traditional firework displays. It is also one of the best dates to go on vacation, after all, it isn't quite to the point where the majority of children will have left school, which means most tourist destinations are going to be relatively empty. Does this means that you need to sacrifice this celebration though? Not if you go to Aruba.

One of the most baffling things for many Americans is that Aruba, a Caribbean Island actually celebrates the 4th July, something which they don't really need to do, after all, the island isn't American at all. However, what you need to be aware of is that they aren't actually celebrating the holiday in the truest sense, more putting on a display for the hordes of Americans that descend on the island during the summer months, particularly during the 4th of July week.

What you need to be aware of is that not every hotel is going to be providing firework shows, in fact, the majority of them do not 'celebrate' 4th July. Your best bet will be to stay at one of the American chain hotels during the celebration as these normally do a display, although not always. This means that your best bets will be looking at hotels such as the Marriott, Hyatt and Divi. In the past, these hotels strictly offered the small firework shows only for their guests, but this has changed recently. I know for a fact that Hyatt and the Divi offer a show for their guests and the general public on the beach, so if you are at a loss about what to do on that day, then head to one of these resorts and it should be fine. It may be ideal to get in touch with them beforehand to see if they are going to be running an event or not, but they have done it every single year, so I think it is going to be unlikely. The great thing is, the majority of hotels don't run the events at the same time, which means you may be able to catch a couple of firework shows throughout the night.

One of the best ways to catch multiple firework displays is to catch a cruise on that day. You will find that many of them run on the fourth of July. They will sit just off the coast for you, so you can catch one of the fantastic displays, glass of wine in hand, and delicious food in front of you. Once that is over, they will make haste and go to do the next one!

If you are heading to Aruba, then I have a quick tip for you, something which many tourists don't actually do. This is to check the daily tourism newspapers every single day, particularly in the run up to the 4th July. You will be surprised at just how much information is included in these newspapers. In the run up to 4th of July, many people and hotels start to plan events which they never considered before, and quite often, the only way that you are going to find out about them is through these newspapers. Even if you aren't there for the 4th July, check them regularly. You will be surprised at just how much is going on in the area that is completely unknown about to most tourists, and I believe this is one of the best ways to get the most out of your trip to the island.

Remember, the hotels that actually offer fireworks on the 4th July varies every single year. Therefore, the best thing you can do before you travel is actually ask the hotel you are staying at whether they offer fireworks or not. If they don't, then give a call to other hotels in the area, preferably ones that are run by American hotel chains. If they are running a firework display, then it is likely that it will be held on the beach. Find out if you are allowed onto their beach during the celebration (many of them don't mind you entering their resort, after all, it is likely you will be spending money). If they don't, then as I mentioned previously, there are plenty of cruises that run around the area during the 4th July Fireworks which will enable you to catch them from the sea (it looks absolutely beautiful). If you are slightly more experienced, you may want to look into the idea of hiring a boat. Whatever happens though, make sure you don't miss those Fireworks when you are here, American or not!