History of Aruba, The English 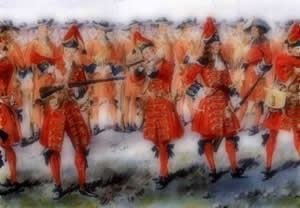 Aruba was one of the more unique islands back then. As all of the surrounding areas were filling up with people from all over Europe, Aruba was pretty much deserted apart from Native Indians. This is because the WIC had decided to put a law in place which stopped anyone who wasn't from the island originally from inhabiting it. Of course, an exception was made to soldiers as this was a defence post primarily. The soldiers of the area resided in Savaneta. The Indians on the other hand lived in the north east of the island. This was somewhere in between Husidiabana, Seroe Cristel and Alto Vista. The amount of Indians here far outweighed those of the Dutch, with 141 of the former and 70 of the latter.

Another of the more unique things about the island is that there were little to no black slaves here. As a result, much of the architecture of Aruba is in an Indian style. This is a stark contrast to nearby Bonaire. In 1770, a number of black slaves did come to the area, but they were not in big enough numbers to start to build up an influence on Aruba.

As we know, the Dutch and the English didn't get on very well back then. England as in the process of establishing their empire, or at least the last few countries of it, and the Dutch wanted to just get on with things. It was the Napoleonic Era which had the most effect on the island of Aruba. A key year being 1806 when the English were able to take control of the island. There is actually very little that is known about the occupation from the English, although small snippets of information have shown that they didn't really manage to establish a presence here. That being said, the Dutch were able to gain control of the islands again in 1816.

In 1816 (the year in which the Dutch gained control once more), the people landscape of the island had changed considerably. A census carried out at this time revealed that only 564 people of the 1732 that lived here were Native Indians. We also know that the main language at this time was Catholic. After that, the whole area started to go through a period of change, and some severe colonisation started happening. This is something which continues to this very day, albeit at a much slower pace than it did in the past.

Now, neither the Dutch, English or Spanish occupied the island due to the amount of minerals here. In fact, I am sure you can remember me saying that the Spanish believed there was absolutely nothing here, and the Dutch thought that too. However, in the 1800's, expeditions were carried out which found a number of minerals that ended up contributing to the world's economy, many of them are still being produced today, so before we delve into the later history of Aruba, I want to cover this a little bit. Mainly because it has provided a key factor in the income that the island has been able to generate.