History of Aruba, The Aloe 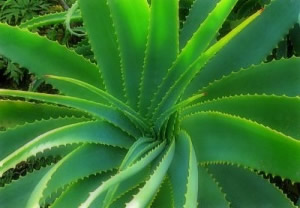 The last thing gathered here which I was to discuss is Aloe. This was a plant that has been grown in the area since at the least the 1800's. Aruba is one of the only areas of the world in which this plant is grown. The main reason behind that is the fact that both the climate and the soil are perfect for allowing this plant to thrive. In fact, the content of this plant is at 22%, whereas the average throughout the rest of the world was only 15%. Again, the Dutch proved the Spanish wrong as this goes to show that the area really could be used for agriculture.

One of the pioneers of the Aloe production here was Jan Helenus Ferguson. You will find a road leading through the fields of Aloe actually named after him. The aloe that was produced on the island of Aruba was sent all over the world, with the rich colonies of America being a prime target for trade. Back then though, Aloe was only known for its laxative effects. It wasn't actually until the 19th century, the late half in fact, when we discovered just how much power the extract had for the health. Nowadays, you will find aloe listed as an ingredient in anything from beauty products to sun tan lotions, and yes, a great deal of the Aloe that went into these products actually came from the island of Aruba!

Now, let's jump back to the main history of Aruba, something which actually ties in with the production of these minerals, well the lack of production. With dwindling production of both Gold and Phosphate, Aruba didn't really have anything to sell to the world, and this was a task made even more difficult by the outbreak of World War One in Europe. As a result, those who inhabited Aruba needed to fall back on something. In this case, it was fishing and agriculture to make sure their needs were met. Sadly though, poverty was rampant, and death from starvation even more so.