History of Aruba, The Name 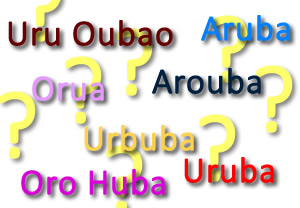 If you are looking for a fantastic place to visit for a vacation, then you honestly cannot look any further than Aruba. This is the perfect place for singles, couples and families alike to grab a couple of ways, engage in some waters sports, and of course, have a little adventure exploring the vast landscape of this island. Of course though, we all know about the vacation opportunities about Aruba, what many people don't realize however is the rich history surrounding this beautiful place. Let's have a quick look at how this wonderful area has developed into the Aruba that we all know and love today.

Let's start with the original inhabitants of the area, we often refer to these as 'Indians'. Now, I won't lie, not much is really known about those that originally inhabited Aruba, although the influence they had on Aruba is still being felt today. In fact, just by reading the name 'Aruba' you are already looking at some of the influence they had. This word is Indian in origin, and it is believed to be the words Ora and Oubao, which means Shell and Island respectively. There is also another translation which could indicate Uru and Oubao, which means literally Canoe Island. In recent years, many people have actually been veering towards the second option here as they believe that the island was originally inhabited by Indians that used canoes to get across. Sadly though, it is unlikely that we will ever know the origin of the name.

It was until the 17th Century when variations of Aruba started to appear on maps, this included words such as Orua, Urbuba, Arouba and Uruba.