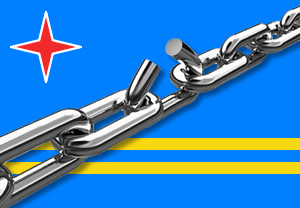 As you know, the island of Aruba is part of the Kingdom of the Netherlands, although various efforts have been made for independence, although now it is widely believed that this is something that the island will never be able to achieve, not in the near future at least. Let's take a little look at this history in this regard.

Up until 1922, Aruba didn't really have a politics system. Sure, there were governors and other important people, but very few people took politics seriously here. That was up until the installation of one Hendrik Abert Eman who was elected to be put in control of the area. Many people consider this particular appointment the birth of modern politics within Aruba.

One of the main reasons for the appointment for Eman was the fact that he used techniques for achieving election that had never been seen in Aruba before, although of course common place throughout the rest of the world. This included feeding hungry citizens, as you most likely remember, the 1920s was an incredibly bad time for Aruba when it came to food, and this certainly helped. In addition to that, he asked those of Arubia to ask him questions, and he was willing to answer them.

In 1941, Henry was elected to the National Parliament of the Antilles. It was noted here that he always done things for Aruba, even when the matters being discussed did not actually concern Aruba in the slightest. He became well known as the leader of Aruba, something which he was known for until his death.

In 1947, Henry Eman launched a petition to become separated from the island of Curacao. This was presented to the Netherlands. The wish of this was recognized by the Netherlands on March 18th, which showed that they were considering it. This is a date which is still celebrated as a national day in Aruba every single year. Now, I won't go into all of the politics around this, as it was somewhat confusing. However, over the years, Henry attempted to negotiate a lot to try and achieve separation, but to no avail, which is a great shame, as it is something that he fought for until his death. After that time, despite the reigns passing over to his son, the power of his party dwindled away, and it has never regained the same statute it had, although people were of course still fighting for separation, and they weren't prepared to give up yet.