History of Aruba, The Oil and WWII 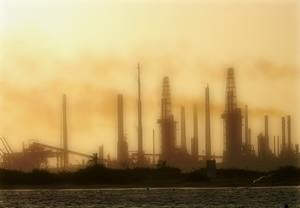 The big break for Aruba came in the 1920's when oil was discovered on the nearby island of Caracao. As construction materials were needed to extract the precious oil from the land of Caracao, much of the supplies were sourced from Aruba. This included sands and stone. Around this time, a small company, the British Equatorial Oil Company headed to Aruba. They were looking for a base of operations. They wanted to build a good harbour here to transport oil found in Venezuela by the Lago Petroleum Company. In 1927, this harbour opened in Saint Nicholas Bay. At the same time, an oil refinery was also in production on the other half the island, which was of course bringing in a substantial amount of income to those that resided on Aruba. It is believed that the arrival of the Lago Petroleum Company to the island of Aruba was one of the best things to happen to the area. Almost immediately it went from a rather impoverished area to one that was raking in a lot of money. If you take a little look at photographs from around this time then you will notice the change. Many of the small villages here made of nothing but stone huts expanded into modern era buildings. Particularly around the lake of of Maracaibo and the oil refinery here.

Whilst World War One passed Aruba by, the island was thrust right into the action when World War II rolled about. This was because of the oil refinery. Back then, the oil refinery at Lago was producing the majority of the fuel to power the air force of the allies, which of course meant that the Germans wanted to take it out. As a result, plenty of rather epic sea battles took place just off the coast of Aruba with the Americans trying to defend the oil refinery (spoiler: they succeeded).

Before the Germans decided to attack the Netherlands, they had carried out a number of recon missions throughout the area. They made the sensible decision (not really) of stationing a single German ship in the area when they attacked the Netherlands. The Malmok was quickly surrounded and the shop burned to a crisp. Shortly after this, the French arrived on the island with the intention of also helping to defend the oil refinery. The area around this time was heavily fortified, with anti-aircraft guns placed in Oranjestad with black outs around the area at night.

As you can probably guess, being a small island nation, the island of Aruba had a very small army, in fact, it was purely made up of volunteers. English and Scottish troops assisted these volunteers, but it was quickly established that these weren't enough. Instead, military service was installed into the region in the 1940's. In 1941, these people were relieved and the Americans entered the area.

The Americans made a number of changes to the area in the name of defence. This included installing a number of heavy bomber aircraft, making the air strip here longer, building parking locks and camouflaging different areas. In addition to this, areas were fenced off with barbed wire to protect the American installations. It certainly had an effect on the island inhabitants, but this was something that was sorely needed.

For the most part, the Americans defended the island pretty well, but there were a couple of problems on February 16th. This is when the island and its ships were attached by the German Submarine U-156. A lot of people were killed this night, many of them civilians. Perhaps the main reason for that is because education wasn't high when it came to bombings, and many people actually attracted the submarine to their location with their lights.

Now, the Lago Oil Refinery was almost destroyed this night, if not for a key mistake on the submarine which ended up killing the gunner (he forgot to unplug something which sent out a rather nasty explosion killing him and his assistant). This is a story which travels through the history of Aruba, and it probably is a mistake which saved the ally war, because without the oil from the refinery here, the battle surely would have been lost. After this point, the location was no longer lit up which meant that it could no longer be a target for the German Submarines, well, at least not as much of a target! Over the years, ever more frequent bombings and food shortage prompted many of the Arubians to leave the island, at least until the end of the war.