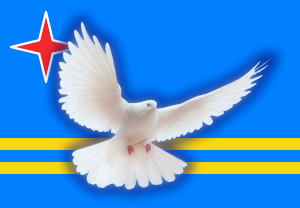 One of the first attempts to get Aruba recognize as something known as 'status aparte' was in 1947. Negotiations were opened up in 1954 with the introduction of the Charter of the Kingdom. This provided the framework that Aruba needed to become a state aparte, sure, they never got what they wanted in the edge due to various collapses in the negotiations, but this shows just how long the citizens of Aruba have been searching for independence from the Netherlands.

In 1972, Aruba was brought up before a conference in Suriname by a politician from the island. The plan was to get a referendum put into place which would allow the inhabitants of Aruba to determine whether they wanted to be independent or not. The reason that this was put forward was because it was believed the inhabitants of Aruba should not be treated as 'second class nationality'.

In March 1977, a Referendum for Self Determination was brought up before the United Nations, with 82% of the people that took part in the referendum stating that they wanted independence. This lead to a number of studies on Aruba in preparation for independence. These studies went on until 1983 when Aruba was able to come to an agreement for independence, with the island being given increased amounts of independence over time. On the 1st January 1986, the island of Aruba was officially declared a country of the Kingdom of Netherlands over time. It was anticipated that full independence was to come about in 1996, but this never came to fruition with the schedule of independence withdrawn in 1995. It is unknown when or even if this will come into force, although don't anticipate this being in the near future.

As you can see, Aruba has a rather rich history, and this isn't even half of it. Next time you are holidaying in this beautiful location, think back to the slaves that inhabited this area, the battles that took place and the key part that it played in World War 2. This is something which is a real eye opener. Of course, you are going to be attracted to the area due to the beautiful beaches and gorgeous heat, but you would do well to remember the roots of the island!